With only three days left in Ibiza this year, I’ve been reflecting a lot about what I’ve learnt in the whirlwind five months that’s been my first summer on the island. Along with the obvious (don’t guzzle three large glasses of Sangria followed by two Mojitos, before downing five Hierbas shots, and expect not to make a fool of yourself at Pikes! Oh, and don’t get Satellite internet in Ibiza), there have also been some significantly more wholesome lessons, courtesy of the awesome team at The Workout Club Ibiza, that I’m really, really going to try and stick to, even when Virgil, Chris, Marisa and the gang aren’t around to keep me on the straight and narrow

First of all: No pain, no gain!

It might feel like you’re going to die when you’re on 80 of 100 jumping jacks, after just having done 100 air squats, followed by 100 high knees, followed by 100 burpees. (Actually, I don’t think even the TWC-Ibiza trainers would go as far as 100 burpees!) But, putting yourself through the pain, even if it feels horrendous at the time, really is the only way to progress and, as Virgil always reminds us, ‘Pain is only temporary.’ 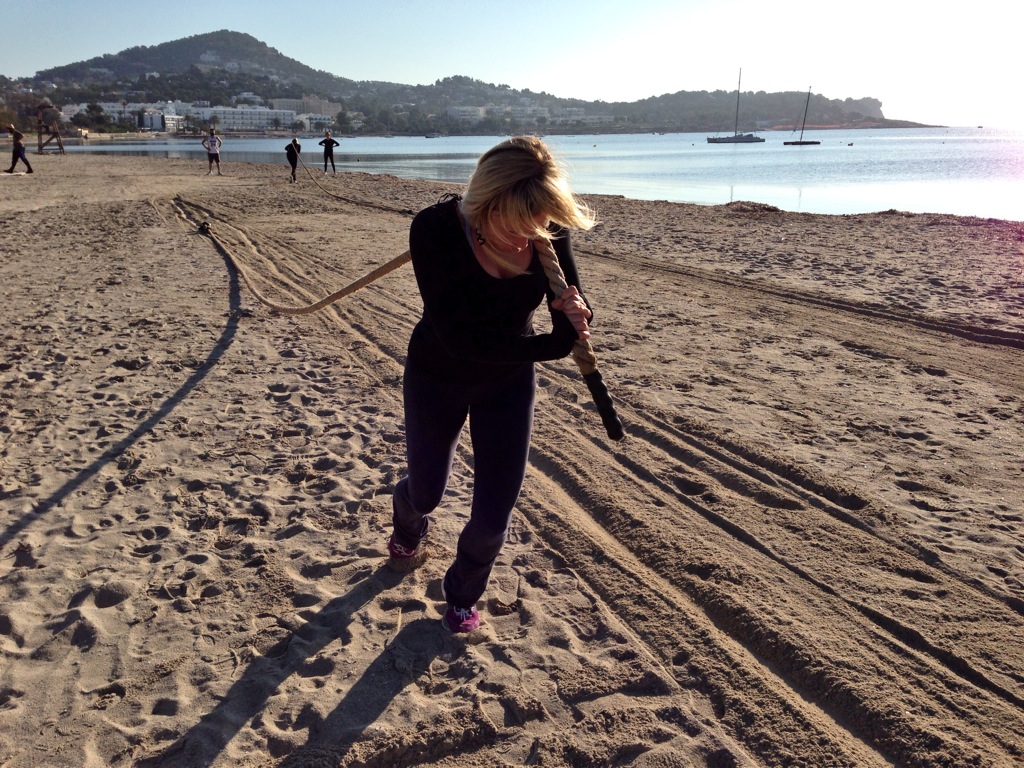 ‘There’s no such thing as a bad training session’

Chris imparted this little nugget of truth to me when I was struggling in one session because I hadn’t had time to have my morning oats before scrambling out of the door and power-walking all the way to training. We’ve all had those sessions where we got out of bed a bit too late and weren’t quite with it, or have had one too many G&Ts the night before but still didn’t want to miss 10am training. And while you might not have the best training session of your life under those circumstances, it’s still 100% worth going, even if it is only to give you a bit of an endorphin boost to brighten the rest of your day.

This group is created with one mission; to assist as many people as possible to achieve their fitness and fat-loss goals, and to bring like-minded people together. We are looking forward connecting with you.

It’s a sprint, not a marathon

For anyone that feels like hours and hours of running or swimming is the best way to get fit, it might be time to think again. High intensity interval training (HIIT) is the name of the game at TWC-Ibiza and there’s a reason for that: it’s the best way to increase power, strength, fitness and muscle mass and it means your entire life doesn’t have to be dominated by exercise. It’s even been proven by scientific studies.

Nutrition is just as important as training

Recently, a new trend has been sweeping the closed TWC-Ibiza Members Facebook page: pictures of what we’ve been eating. And I’ve been extremely impressed – we’ve seen avocado and goat’s cheese salad, superfood smoothies, spicy beef lettuce wraps, quinoa tabouleh and breakfast in a glass of spinach, carrot, apple, ginger and Açaí powder, among many other super-healthy meals and snacks. I have to admit I haven’t shared one of my dinners yet, but just seeing how healthy my TWC-Ibiza compatriots are is already encouraging me to lay off the crisps and takeaway curries. I might even make it to the health food store one day soon.

There’s a lot more to Ibiza than partying

Not that the partying isn’t amazing. But TWC-Ibiza has definitely opened my eyes to the fact that there’s much more to the White Isle than drinking, dancing and general debauchery; on top of the beautiful scenery, incredible restaurants and awesome outdoor activities, from horse riding to parasailing, there’s also an amazing community courtesy of TWC-Ibiza that’s made my five months in Ibiza so much better than I could have hoped for. I’ll miss you guys!

Do you also want to be a guest blogger for the TWC-Ibiza blog? We invite you to click here for more info.